The team of Jugjugg Jeeyo had recently reached Chandigarh to begin shooting for the project. The star cast included Varun Dhawan, Neetu Kapoor, Anil Kapoor, Kiara Advani, and Prajakta Koli. Directed by Raj Mehta, the film is a rom-com family entertainer but the shoot had to be halted abruptly due to the COVID-19 outbreak on the sets. 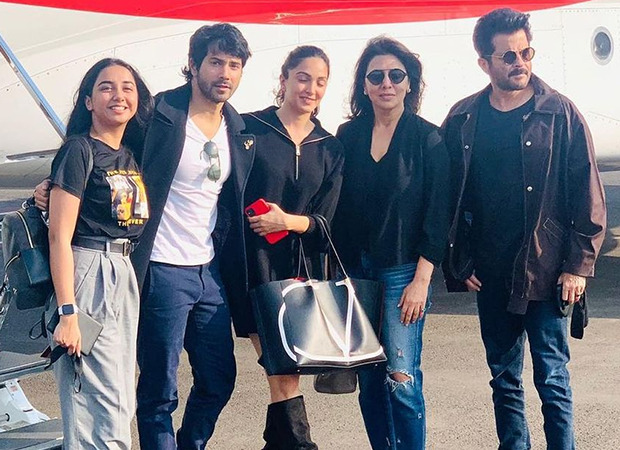 Varun Dhawan, Neetu Kapoor, and director Raj Mehta had tested positive for COVID-19 and were flown down to Mumbai to isolate as per the norms. Now that the trio has tested negative and is recovering well, the shoot of Jugjugg Jeeyo will resume on December 19 with Anil Kapoor and Kiara Advani in Chandigarh.

The actors had recently taken to their social media to announce that they have tested negative and were grateful for all the wishes and love that they received.

Also Read: This unseen video of Varun Dhawan and Sara Ali Khan rehearsing for ‘Husnn Hai Suhaana’ is too cute to miss

Larger-than-life action sequences of Heropanti 2 to be shot in Russia; makers in talks with Skyfall stunt desinger Martin Ivano

Shraddha Kapoor invests in beverage brand Shunya; says the brand value aligns with who she is

Two men, who had looted a car of a police inspector after opening fire on a head constable accompanying him

NMMC Collects Rs 3.57 Cr Fine from Violators of COVID-19 Norms Over One Year