After ruling the industry for 30 years, the Three Khan’s – Shah Rukh, Salman and Aamir – will be seen together for the first time in Aamir Khan’s Laal Singh Chaddha, which is the official adaptation of Hollywood Classic, Forrest Gump starring Tom Hanks in lead. It was recently revealed that Shah Rukh Khan’s cameo is a character back in the time of Raj set around the DDLJ era, whereas Salman Khan will be seen in his Prem avatar for this social comedy. Bollywood Hungama has exclusively discovered that while Shah Rukh Khan has already shot for his cameo in Delhi for 2 to 3 days, Salman Khan on the other hand has allotted one entire day to Aamir Khan from his choco-blocked schedule. 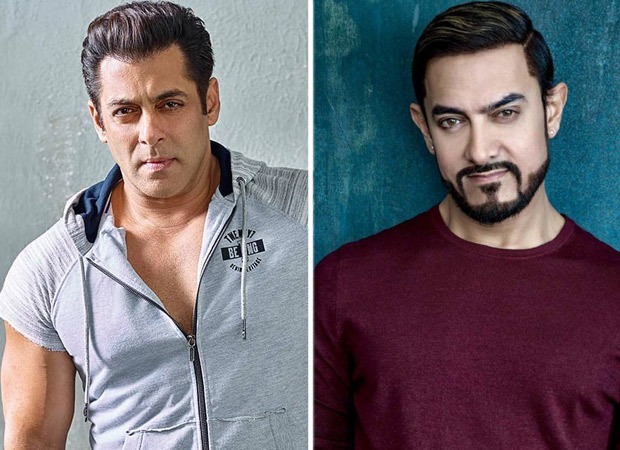 “Salman couldn’t say a no to Aamir and instantly agreed to come on board. He reworked on his shooting calendar and alloted time to Aamir to shoot the cameo as per his convenience, in a manner that it doesn’t disturb either of the two’s shoot schedule. Salman’s track revisits Prem from the Maine Pyaar Kiya days and he has allotted just one day to Aamir to shoot for his cameo in the film. He will be shooting the entire day with Aamir at a studio soon, and finish his part of a 3 to 4 minute cameo playing the much loved character of Prem. Aamir, who is on a journey of self-discovery, happens to meet him at a film studio,” a source told Bollywood Hungama.

The cameo of Salman will be shot either around December 20 or a month later around January 20, once he finishes shooting for the Aayush Sharma starrer Antim: The Final Truth. “Contrary to the general belief, the three Khan’s won’t be seen together in the same frame. It’s rather, Aamir’s character of Laal Singh Chaddha, meeting them in different phases of his life in a span of 5 to 6 years,” the source further told us.

Laal Singh Chaddha also features Kareena Kapoor as the female lead and the film is all confirmed to release during the Christmas 2021 weekend.

Also Read: Here’s the real reason why Aamir Khan and Vijay Sethupathi could not work together in Laal Singh Chaddha

Aditya Narayan creates a new love song for his wife

Varun Dhawan and Natasha Dalal’s wedding reportedly to have COVID-19 restricted list; reception to be held on January 26

The victim’s sister told that she was returning home from school around 1 pm when the incident took place.