Saqib Saleem, who was last seen on the big screen in the Salman Khan starrer Race 3, has been busy with his OTT venture Crackdown. Besides this, the actor has also been shooting for the Ranveer Singh film 83. But away from films and show we hear that Saqib has purchased a new set of wheels that cost over Rs. 60 lakhs! In fact, Saleem is now the proud owner of a Jeep Wrangler. 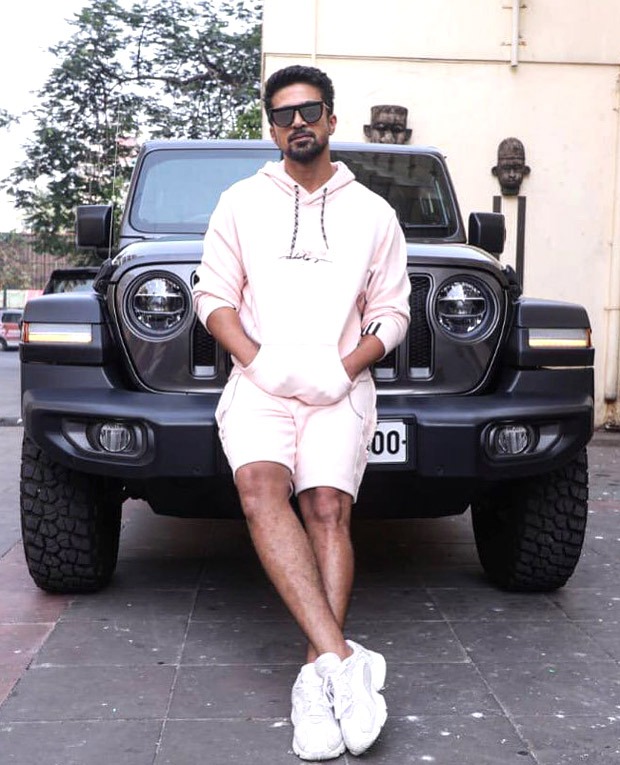 Though which variant of the vehicle Saqib has acquired is unknown, the actor took to his social media handle sharing an image of the same. Responding to Saqib’s post, his sister Huma Qureshi commented saying “Beast”, while Sahil Khattar decided to poke fun and instead commented on the actor’s pink track suit.

On the work front, the actor set to appear next in Kabir Khan’s directorial venture 83 where he plays the role of Mohinder Amarnath. He will also be a part of the comedy film called Comedy Couple.

Amitabh Bachchan to play family patriarch in Sooraj Barjatya’s next?

Pranitha Subhash says that shooting for Hungama 2 was a surreal experience; adds she is excited about her Bollywood journey