On December 11, Ajay Devgn announced that he’s all set to begin the shoot of his ambitious directorial venture, MayDay, in a start to finish schedule. Moreover, he also mentioned in his announcement that his film will release on April 29, 2022. It didn’t take much time to realize that Ajay’s film will release in the beneficial extended Eid weekend. However, as we all know, Eid has been a Salman Khan bastion. Hence, the industry and trade are already buzzing that a major clash of the titans is going to take place on Eid 2022. 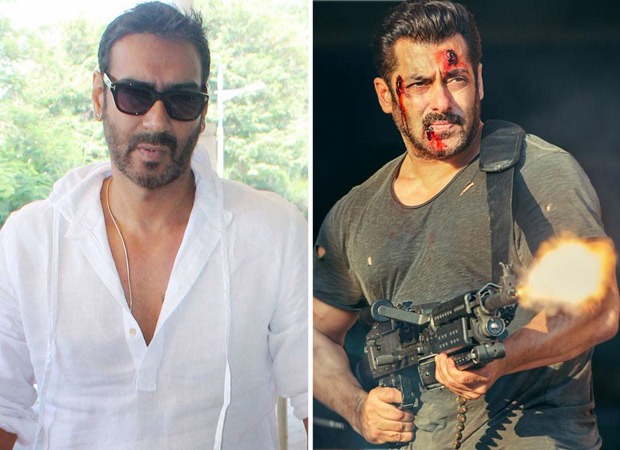 A source says, “With Eid falling in the same week (Monday, May 2), it’ll be a double benefit for the makers of MayDay since International Day Of Labour, Maharashtra Day and Gujarat Day fall on Sunday, May 1.”

The source adds, “Salman Khan obviously would not like to let go of the Eid week. By then, he’s expected to finish Tiger 3. And if all goes well, even Kick 2 will be ready for release. So either of the 2 films are expected to make it on April 29. If that happens, it’ll result in a clash of two big films. Tiger 3 and Kick 2 both, obviously, would be mounted on a grand scale. MayDay, meanwhile, is also expected to be a big-screen spectacle. Even the star cast comprising Ajay Devgn, Amitabh Bachchan and Rakul Preet Singh is exciting. Audiences are sure to be spoilt for choice on Eid 2022.”

However, a trade expert confides, “Both the films of Ajay Devgn and Salman Khan are going to be very costly. The clash would prove detrimental. We are hoping that either of the films will move and that only one film arrives in the Eid week.”

Till 2019, Salman Khan’s film had always come solo on Eid. But a clash of MayDay and Tiger 3/Kick 2 won’t be the first time that Salman would face competition at the festival. In 2021, his much awaited flick Radhe – Your Most Wanted Bhai is expected to clash with John Abraham’s massy actioner Satyameva Jayate 2. Both the films are slated to release on May 12, 2021.

Ivan Ayr’s Milestone to premiere globally on Netflix on May 7, 2021