Amid the rising cases of COVID-19 in South Korea, the government has provided strict safety protocols that need to be followed. Korean pop groups are continuing with their busy work schedules but following safety measures. K-pop groups SEVENTEEN and NCT have taken precautionary COVID-19 tests after someone came in contact with a positive case recently. 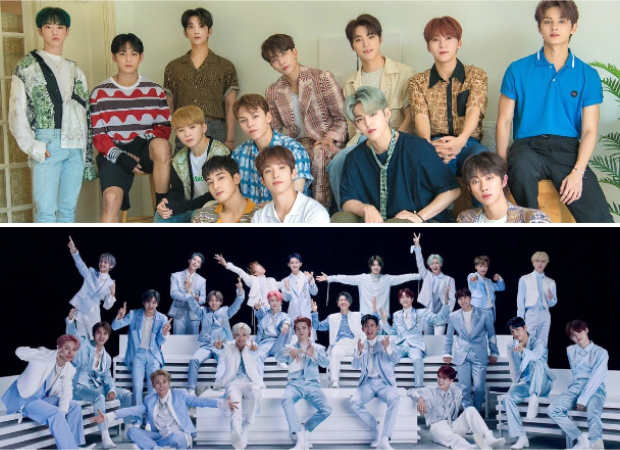 On December 17, SEVETEEN’s parent company Pledis Entertainment released an official statement that read (via Soompi), “The hair salon visited by SEVENTEEN on December 16 was also visited by someone who tested positive for COVID-19. We were informed today that this confirmed case visited at the same time as SEVENTEEN and that some paths crossed. Health authorities did not officially request for SEVENTEEN to receive testing, but for the safety of the artists and staff, all members received COVID-19 testing today as a preemptive measure, and they are self-quarantining until the test results are released. We apologize for causing concern to fans, and we will do our best for the health and safety of all of our artists.”

Soon after, SM Entertainment, NCT’s parent agency, also released a statement about the precautionary measures the group is taking amid their schedules. “It became known today that NCT’s makeup staff crossed paths with a confirmed case at the hair salon. Their ‘KBS Song Festival’ prerecording scheduled for today was inevitably canceled in order for all of the members to receive COVID-19 testing as a preemptive measure. The status of future scheduled activities will be discussed depending on the test results,” it read (via Soompi).

Many groups are expected to participate in the 2020 KBS Song Festival on December 18 and groups are pre-recording the content for the same.

ALSO READ: BTS, EXO, BLACKPINK, SEVENTEEN, GOT7 & more are the most tweeted about K-pop accounts globally in 2020

From a thriller to a period film, Vanessa Walia is all set to announce a slew of projects

Suspect In Killing Of Money Lender Held In Ghaziabad