2020 has been a bad year for the box office in India. But if all goes well, it’ll end on a high, courtesy Wonder Woman 1984. The Gal Gadot starrer will have paid previews from December 23, 5:00 pm onwards, and will have a full release from December 24. And unlike Suraj Pe Mangal Bhari where the studio took a while in reaching a consensus with the multiplexes over revenue sharing, in the case of Wonder Woman 1984, the terms have been amicably accepted by both the parties. 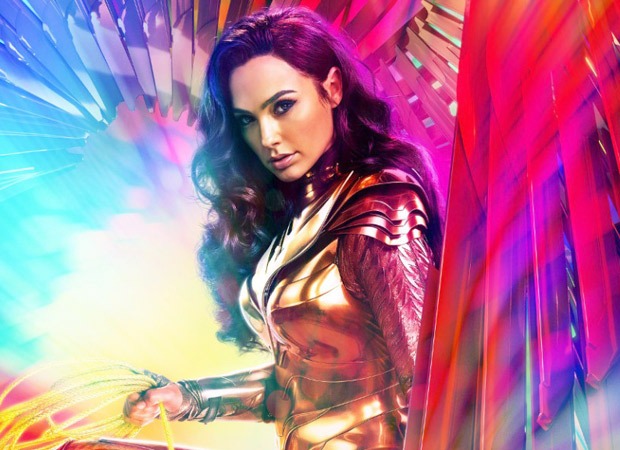 A source says, “The exact details have been kept confidential by both the parties. However, Warner Bros India had also released Tenet earlier this month. For that film, they settled for a lesser share in the first week than Suraj Pe Mangal Bhari since it was a bit of an old film. However, they had managed to get a higher share for themselves in Week 2 and Week 3 than normal. In case of Wonder Woman 1984, Warner Bros has managed to get a slightly higher share than what they got in Tenet. Not just that, they have also managed to secure more in Week 4 this time, too.”

The source adds, “Some single screen exhibitors had asked for a flat 50% share throughout the film’s run. Warner, however, has disagreed with this idea.” Nevertheless, the film will have a wider release. Both Tenet and Suraj Pe Mangal Bhari released in around 700-750 screens and Wonder Woman 1984’s screen count will go higher. The theatres which haven’t opened since March due to a dearth of exciting content will finally resume operations thanks to this flick. Hence, a 1000-screen release cannot be ruled out.

Meanwhile, fans that were hoping to catch this action extravaganza in 3D might be disappointed. The source reveals, “Warner Bros has had a disagreement with prominent multiplex chains like PVR, Inox, Cinepolis etc. Warner wants a share of Rs. 30 which is charged for 3D glasses by the multiplexes. But the theatres have refused to do so since they argue that that they have invested in 3D technology and equipment and hence they deserve to keep the full amount. This problem has been going on since 2 years and hence, Warner Bros’ films like Fantastic Beasts: The Crimes of Grindelwald (2018), Aquaman (2018), Shazam (2019), Pokemon Detective Pikachu (2019), Godzilla: King of the Monsters (2019), The Lego Movie 2: The Second Part (2019) etc which were available in 3D globally released only in 2D in India. Wonder Woman 1984 would be no exception.”

However, this is not the only reason. The source continues, “3D glasses in these pandemic times can be risky. Though theatres have assured that they’ll use disposable glasses, one can’t be sure. In fact, even the multiplexes have agreed that a 3D release should be avoided as of now.” Fans, however, can enjoy an enhanced experience of the film in IMAX and 4D screens.

Before signing off, the source says, “The trade and industry are confident that Wonder Woman 1984 will be well received. After all, the international reviews have been very encouraging. As several critics are still afraid to visit cinemas, the makers have decided to not hold a press show here. Nevertheless, the series and the lead actress has a massive fan following and audiences are sure to visit in big numbers from day 1. Also, the Central Board of Film Certification (CBFC) has not even played spoilsport this time!” The film was passed on December 7 with a U/A certification and zero cuts. The film’s final length is 151 minutes.

A trade expert says, “If Tenet, despite being confusing and having a niche appeal, is expected to collect around Rs. 10-11 crore in its lifetime, then Wonder Woman 1984 has the potential to earn three times more. Not just Bollywood, but even regional industries are keen to see how it performs at the box office. Its healthy performance at the ticket window would inspire many other filmmakers to release their films January 2021 onwards.”

Also Read: “We couldn’t do this movie without Chris Pine” – says Gal Gadot on Steve Trevor returning in Wonder Woman 1984

REVEALED: Slick, MASSY teaser of Salman Khan’s Radhe – Your Most Wanted Bhai is expected to be released in March 2021!

These are the top stories we are covering right now:Mann ki Baat LIVE Updates: PM Modi Talks Water Conservation in

Aged 45-plus and Want to Get Vaccinated for Covid-19? Know if You Qualify for the Next Phase

Taxi, Auto Night Fares Hiked In Mumbai. Here’s How Much You’ll Have to Pay from Tomorrow